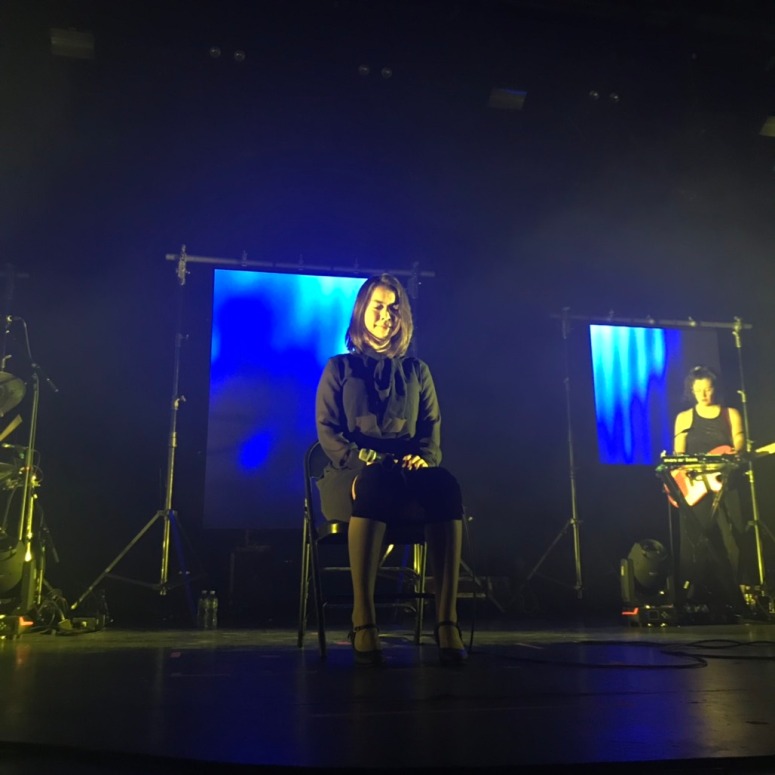 Last week, Mitski’s headlined a four-night Brooklyn Steel residency in New York City, supporting her latest release, Be the Cowboy. Gaining the first place in many 2018 Top Albums lists, Be the Cowboy is often recognized as Mitski’s magnum opus in her body of work so far; it differs from the rest of her albums as it embodies a diverse range of styles, instruments, and emotions. This diversity makes Be the Cowboy stand out, and this distinction also reflects in her tour.

Mitski started her set with “Remember My Name,” a song from Be the Cowboy with an eclectic set of opening chords. The set-up for her stage is obviously different from her previous tour, as Mitski handed her bass duties to her touring band and performed mostly hands-free, except for her microphone. She continued with most of her songs from her last three albums and a few songs from her second album. She incorporated a choreography that felt constrained yet expressive—in sync with her whole musical theme of unspoken feelings and raging spirits. Her incorporation of the choreography goes in sync with her lyrics and the intensity of her performance; for example, during “I Will,” she sang the lyrics “all I ever wanted / all I want is always you / it’s always you” while kneeling down, banging her closed fist on the floor before raising it up and opening it to the audience. Her facial expressions and her delivery reflect the desperation of the lyrics, and there is no denying of its effect on her audience.

One of the most defining moments of the concert happened near the end of the show, where she picked up a guitar—reverting back to her Puberty 2 tour set-up. She then started to sing “A Burning Hill,” the album closer of Puberty 2. Clocking in at less than two minutes, “A Burning Hill” is a relatively short and quiet ending; however, the song stuck out in contrast to the rest of the show with her lack of choreography. Her speaking-to-singing, almost Broadway ballad-ish delivery embodied how the song grapples with the idea of masking emptiness. Her performance of “A Burning Hill” displayed how she, too, can display a wide array of emotion without lavish choreography.

Her show elicited an array of emotions from different members of the audience. There were crying in songs like “Nobody,” there were dancing and shouting in songs like “Townie,” and in general, there was a sense of commonality where every member of the audience, albeit having different life experiences, can relate to Mitski’s deeply emotional oeuvre and cry or sing or dance to the very songs that stirred all of them.