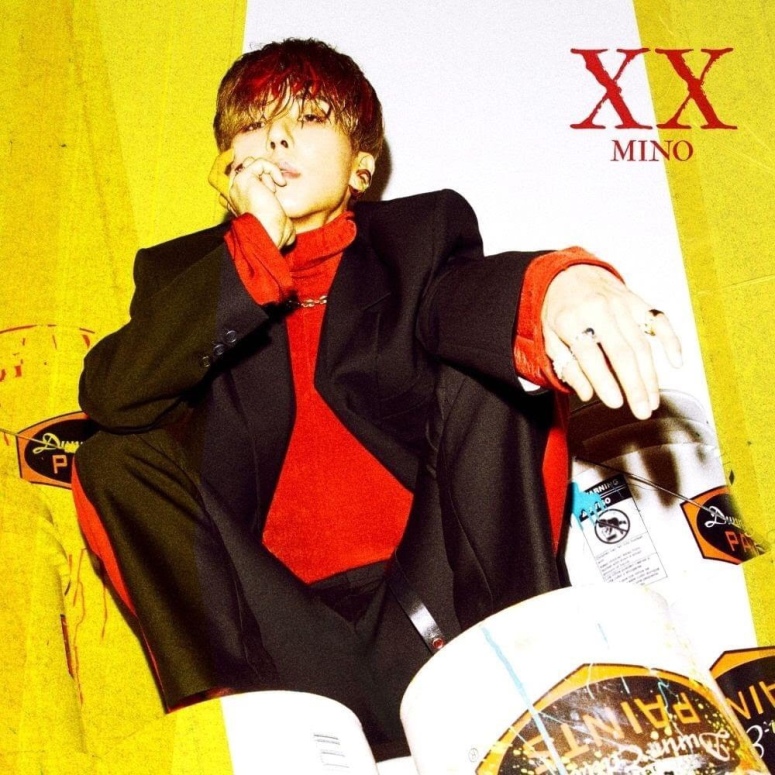 The former underground rapper/WINNER rapper is back with his very first solo album. And surprise surprise (not really), he made it 19+! Not a surprise since some of his previous releases, excluding the recorded versions of songs from Show Me The Money, included mature undertones (the 2016 banger Body, Turn Off The Light from WINNER’s Everyday album). But other than the sensual undertones, Mino has shown us, once again, that he is capable of experimenting with wordplay (the fact that he was the sole writer of his own lyrics says everything) and new sounds – and even blending a few genres of music into one.

Let’s start with the first single off the album: “Fiancé”, which was layered with samples from senior singer Kim Tae Hee’s 1969 track “Soyangang Maiden”. Trot elements were heavily present in the single, accompanied with Mino rapping and singing ambiguous lyrics about his longing for a certain long lost “pretty woman” (it is no secret that a lot of K-pop translators have given up trying to translate Mino’s lyrics due to their complicated and poetic nature – and maybe that’s for the best). Blending elements of trot, hip hop, and your everyday pop is not easy, yet Mino has proven that it is possible to blend traditional and commercial music into a catchy, strong single. Other than trot, trap elements and an adequate yet fitting use of autotune were present throughout the album as well as blues rock influences (check out “her” – a heartfelt ballad with soft, raw vocals you’d never expect from a Song Mino).

Experiment with genres, wordplay, and mature themes – are these enough to define a Mino album? Apparently not. Mino’s Show Me The Money contestant and former underground rapper side plays a role in this album as well. Tracks such as “Agree” (recommended for those who are into trap and fast-rapping), “Bow-Wow”, “Rocket”, and “Trigger” are a straight up “who says idol rappers can’t rap?” to the public ear, showcasing his flow (and at times speed) as a rapper. While these songs focus on his ability as a rapper, songs such as “O2”, “Lonely”, and “Aurora” are strongly reminiscent of his work with WINNER, with the usual cheerful yet sentimental poppy melodies. Next, we have the collabs – the weakest point of the already-very-strong solo album. Save for “Bow-Wow” (featuring YDG), the collabs involved long drags of slow music layered with vocals and Mino rapping (especially “Um…”) – nothing new here. The usual rapper x vocalist collab.

Moving on from these songs, Mino finally closes the album with the ballad “Alarm” – another heartfelt ballad (piano-driven this time as opposed to the guitar-driven “her”) – the perfect way to end a hectic yet colourful day. Overall, it’s safe to say that XX is a strong solo album – a very Mino-ish opening track, showcases of his rap skills, blending of genres, ambiguous wordplay, and a peaceful ending.