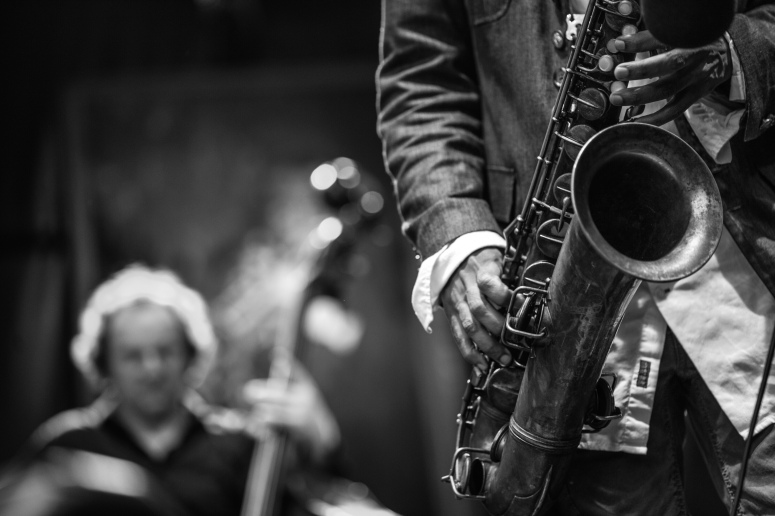 Indonesia is a land of diversity. Home to numerous amount of islands, languages, religions, and cultures! The range of musical genres here in Indonesia are also as diverse as the inhabitants and social values. Indonesians musicians and musical styles range from Indonesian traditional folk music (e.g. dangdut) to well-known musical genres such as pop, jazz, RnB, etc. In this article, I would like to talk about how jazz made its way up in Indonesia.

The wave of jazz music in Indonesia started in the 1930’s. Originating in the United States, jazz was accepted as a new genre with its own unique characteristics and different creative implications from the pre-existing musical genres at that time. Jazz music makes use of many instruments, such as the piano, the trumpet, the trombone, drums, and the saxophone. Its performance relies on improvisation and the use of blue notes, shuffle notes, and polyrhythm.

In the 1950’s, the names Bubi Chen, Jack Lesmana, Benny Mustapha Bill Saragih, etc. were widely known as the pioneer of Indonesian Jazz music. Their presence brought jazz to life and explored the possibility of improvement in Indonesian jazz music. By the 1980’s and 1990’s, Jazz has beautifully grown and expanded in Indonesia. A lot of musicians were making their fame out of this music genre. Jazz was well accepted by the people of Indonesia, as musicians often combined jazz with fusions of genres such as rock, making the music much easier to be heard and loved by the public. Some musicians from this era, such as Tohpati, Indra Lesmana, Fariz RM, truly helped popularise jazz in Indonesia.

Right now, in the 2000’s and 2010’s, jazz is no longer known as the kind of music they strictly only play at cafés or hotels – it is also known as a musical genre that made it to the music charts. Popular Indonesian musicians such as Raisa, Andien, Tompi, Tulus, and Maliq D’Essentials have made this genre even more popular. Now everyone loves jazz, and some jazz musicians and fans even go as far as truly living for the music. Indonesian music lovers have paid so much respect for jazz, and Indonesian jazz music festivals are now being held everywhere, the most famous ones being Jakarta JavaJazz Festival, Prambanan Jazz, and Jazz Goes to Campus (JGTC). By exploring this genre through music festivals, people are able to enjoy the vibes of jazz music and how it soothes, relaxes, and embraces the audience. Furthermore, this genre is not only limited to musicians from major labels. Nowadays, there are lots of underrated Indonesian jazz musicians who have produced a high quality jazz music, and I could say they really stand out! They are amazing since they have the desire for experiments and the courage to try something new. Here is my list of a few Indonesian jazz musicians you must try to listen to: