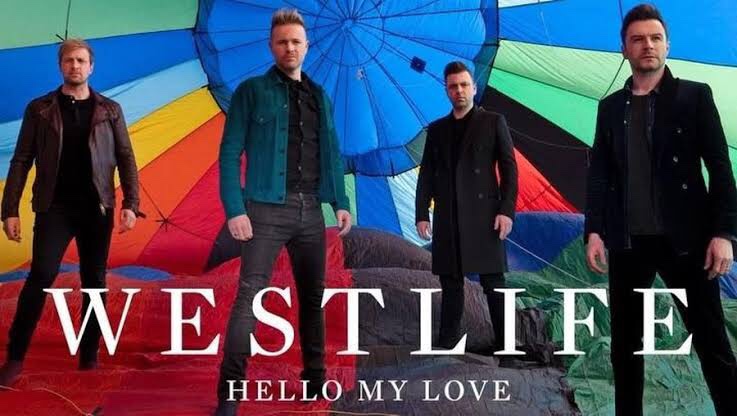 Having spent eight years without releasing any single, Irish boyband Westlife is back with “Hello My Love.” However, the press stated that this track doesn’t sound like the typical Westlife pop hit back in their prime, as Westlife rotates into the new with a way more electronic-fused sound, while still retaining a bit of their classic 90’s boyband vibes – mind you, we said a bit.

The track “Hello My Love” (yes, the title is oddly reminiscent of the band’s old hit “My Love”) was co-written with Ed Sheeran – a good choice when it comes to writing top pop hits. Piano sounds and electro synths dominate the track, with the boys (now men) singing cheerfully over the upbeat music. “Hello My Love” is nothing you’d expect from a senior boyband. If you‘d never listened to Westlife at all, you would’ve thought it was a song by a newer boyband instead of a boyband that’s about to celebrate their 20th anniversary soon.

The production of the track was neat and well done, as expected from a boyband as big as Westlife. The upbeat tempo of the song will make you want to dance and celebrate the boyband’s first comeback in eight years. The transitions between the verses and the choruses, again, as expected from a big boyband working with top producers. The drum beats during the choruses in particular add to the celebratory vibe of the song, along with the happy hand clap sounds at the first chorus.

The boyband is set to go on a 20th anniversary tour without ex-member Brian McFadden (who tweeted that the song was great) soon, which no doubt will sell out in no time as the new single attracts both old fans and new fans alike, with a new sound reminiscent of the 90’s combined with dancey 2010s electropop.