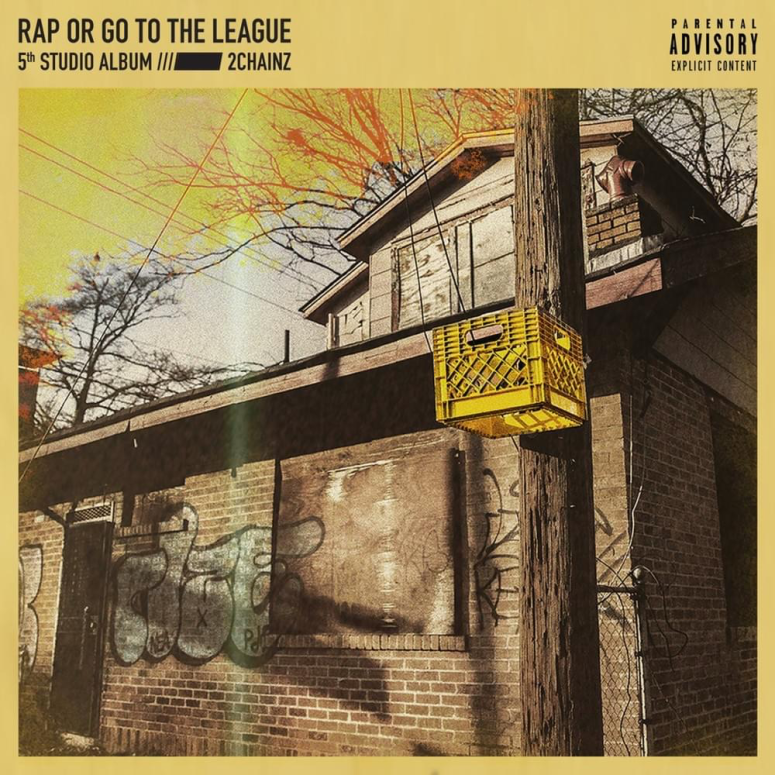 Veteran rapper 2 Chainz released his fifth studio album on March 1, 2019. The charismatic rapper is often considered as a great feature yet decent at filling a track on his own. However, boasting features of Kendrick Lamar, Jay Z, Young Thug, Travis Scott, Lil Wayne, Chance The Rapper, Ariana Grande, and Ty Dolla $ign, as well as having one of the best basketball players of all time, LeBron James, as its executive producer, the album became one of the most anticipated albums of the month, and Chainz has a lot to prove with “Rap or Go to the League”.

The first track of the album, “Forgiven”, starts with an introduction of Tauheed Epps, Chainz’s real name, as the starting shooting guard of North Clayton Eagles and ends with the powerful words “Cause you know them love black boys dancin’ | And singin’ and ballin’ | You know them love black boys’ strength | But don’t love black boys” and a gunshot fired by a police officer. The strong statement in the very first song and the album title highlight the main theme of the album, a story of an African American boy trying to escape poverty. “Forgiven” features Marsha Ambrosius and Jay Z and it arguably has the best production in the album, with the “Lucifer” sample and 808 based beats. Second song “Threat 2 Society” and its “So Good To Be Alive” sample highlights the harsh reality of being black in America, as he raps about seeing his family dying, selling dope to hustling in basketball court to make it out of the hood. Tracks “High Top Versace” and “Whip” feature Chainz’s longtime collaborators Young Thug and Travis Scott respectively. Track “NCAA” finds Chainz rapping about student athletes exploitation by NCAA. He points out that only 1% student athletes make it to the NBA, and many student athletes play for their respective university without getting any single penny. One of the most outstanding verses in this album comes from Lil Wayne in track “2 Dollar Bill”, where he raps “I’m rare, like a commercial with Future and Cher | Like a cop that’s fair, like a triple-double dare | I’m rare, really rare, you scared, you really scared | I’m where? I’m here and there, you stare, you disappear.” “I’m Not Crazy, Life Is” is another notable song off this album. Featuring Chance The Rapper and Kodak Black, the three rappers rap about not fitting in and going against the wave. The vocal layers in the song complemented with very good mixing stand out as one of the big positives. The album closes with a strong statement: “See, the education levels ’round here don’t exist | Taxes pay 12 but don’t pay ’em to kill the kids | What it is? That was just a cellphone in his hand | I think Sam takin’ grams out the bag.” in track “Sam”. Chainz criticizes the problems in tax system, where it doesn’t benefit, and sometimes even harms black people.

Overall, Rap or Go to the League is arguably 2 Chainz’s best project and a solid album. The recurring theme shows from track to track, however, production wise the album is not very consistent. 2 Chainz, being famous for catchy punchlines, is also not consistent enough for a 54 minutes album despite of some great stretch of bars and rhymes. Features, however, deliver more than I expected. Verses from Lil Wayne, Chance The Rapper, and Young Thug, as well as vocal features from Marsha Ambrosius, Ariana Grande, and Ty Dolla $ign add a great value to the album. However, the feature from Kendrick Lamar is a bit disappointing, since it’s Kendrick and people expect a lot from him. Songs that stand out include “Forgiven”, “Threat 2 Society”, “I’m Not Crazy, Life Is”, and “Sam”.